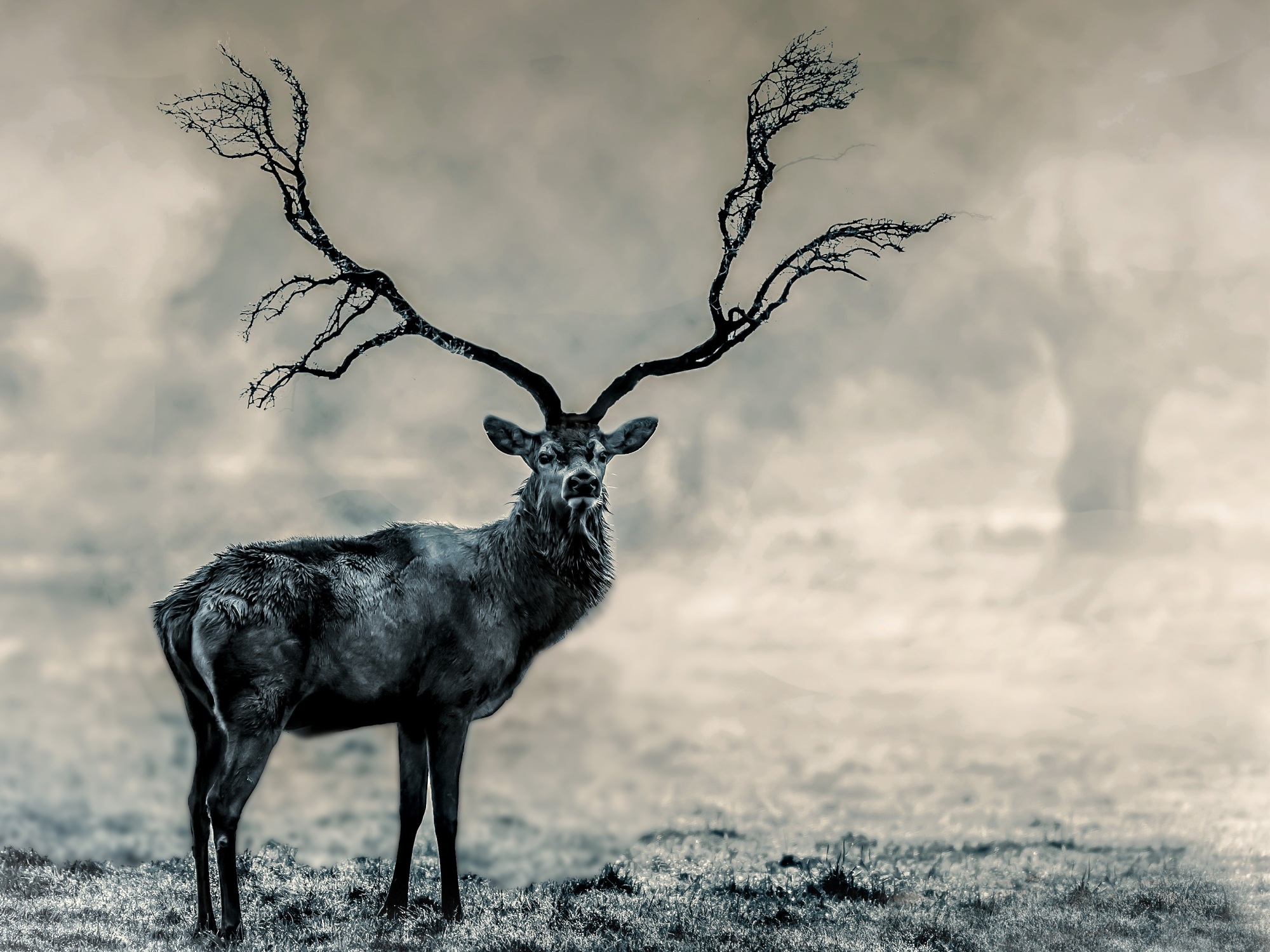 I slept in a thatch of grass, wrapped in frost
with heavens roaring above. Hera’s milk splattered,
clung to empty limbs where the blue black
pulled back sky, awaited the thaw of dawn.
My breath gasp cloaked morning misted heavy
on an outstretched arm. Silence was unutterable,
an equinox awaiting its time. A crackle echo

on the far ridge and a muffled clumsy struggle
to shoulder my rifle in meticulous soundlessness,
wiping away sleep, feeling for any morning breeze.
I sighted, exhaled, steadied, and the muscle memory
of the easy interstice between trigger and finger
clicked, sent sixty-two grains to its mark. One shot,
one morning kill. Dinner nearly on the table.

Michael writes because nature wills him to it. He recently left a dystopian suburb of Seattle and retreated to the kneehills of the Olympic mountains, cut the cable, bought whiskey. Now he finds inspiration from deep woods, less so from demons. Though they are there.

One thought on “Michael Medler, That Fall”