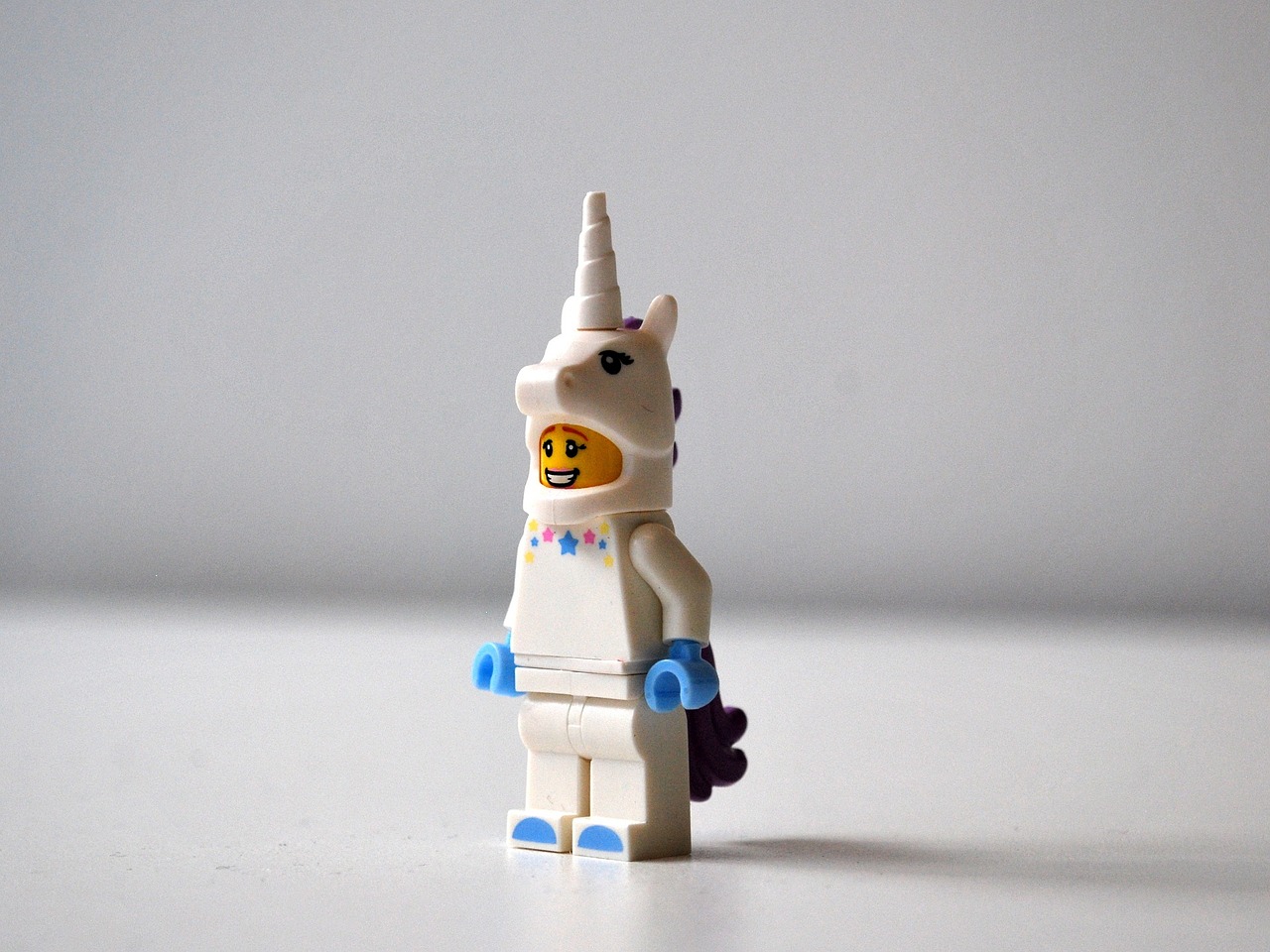 There is a unicorn in the backyard. Nuala reckons he’d beamed down from a rainbow. Apparently, Nuala is the know-all about mythical creatures. We observe him through the sliding door. He just stands there matter-of-fact–like, a massive white beast with a boss goatee, and a spiral horn on his forehead.

“Can I touch him?” says Nuala. She hops around a bit beside me. Her hands are on the glass pane but her feet can’t stop moving.

“No. He might have rabies.” I sip on peppermint tea. Ah, fucking hell. The damn tea has gone cold. “Come on then. Let’s finish our breakfast.”

“What do you propose we feed him?” I point towards the kitchen table. “Bacon, eggs, and porridge?”

This child is getting on my last nerves. My eyes are killing me. I could do with caffeine but Ireland makes shit coffee and I can’t take another cappuccino. “Why oranges?”

Very good, darling. Unicorns are herbivores. What a large vocabulary you have for a six-year-old. “Nuala, you are not feeding the unicorn.”

“Because he has rabies.”

“Because I don’t know what rabies are — it’s just something people say.”

“Then how do you know he has rabies?”

“Fine! Go and touch the unicorn but if he kills you with death rays — you are
the one to blame.”

I shoot her a death ray glare. She smiles and slides open the glass door.

“Nuala, you’re not going outside.” Laura, my cousin, stands behind me. She has Aoife under one arm and a slice of toast in the other. “It is breakfast time. You have eggs on the table and they’re already cold.”

“Mam, there’s a unicorn outside.”

Laura chews slowly and takes a moment to look outside. Aoife must be heavy because she’s beginning to slide down Laura’s hip. “Right . . . Listen, there’s hummus in the fridge, and plenty of things for a sandwich.”

Aoife is now struggling to get down.

“Nuala, that’s lovely,” says Laura. “A unicorn. Great imagination. Aoife, will you stop. Please.” Aoife finally has her way and falls from Laura’s arms. Regrettably, she doesn’t agree with the way she landed. For God’s sake, Aoife, you’re a mess.

I notice Nuala. She’s looking at me. She’s shooting streams of words with her extremely large eyes. Sorry, Nuala, I don’t speak six-year-old.

“Eat your breakfast,” I say and nod towards the table. “Go on.”

Aoife stays still, satisfied with a new person to mind her. She’s a beautiful chubby kid with strawberry blond curls, fat cheeks, and hazel eyes. I’d be completely besotted if she wasn’t so unpredictable. Laura’s gone upstairs to get ready for work. We can hear her movements through the baby monitor.

“Yeah, I guess we’re just crazy.” I smack Aoife’s hand away from my oatmeal.

I scoop out some of the oatmeal and tell her blow on it. Aoife grabs the spoon from my hand. She’s like: Bitch, I’m hungry.

“Maybe she can’t see him because she’s an adult.”

“You don’t have your own house. You don’t buy groceries. You don’t even drive a car.”

“That’s because I’m visiting. I’ve only been here two weeks.”

“You watch My Little Pony.”

“Quite right you are, so stop arguing with me.” Respect your elders, pain-in-the-ass. I take the spoon away from Aoife and start shoveling oatmeal into my mouth. Each raisin reminds me that I need to be nicer to my first cousins, once removed.

I had this mad goal to become the Willy Wonka of toys. Don’t ask me why. I haven’t a love for children. But there weren’t any toy stores in Battle Creek, Michigan. In fact, there wasn’t much of anything in Battle Creek. The town is heavily industrialized to the point of being depressing. Ugly as shit. I can’t complain though. I’d romanticized the town. Made it into a place to conquer — one toy at a time.

The downtown was my target point. I thought: why not renovate an abandoned building? How perfect would it be to give the old rooms a second chance? I’d bring in hand-crafted furniture. Cotton clouds on all the ceilings. There would be murals commissioned by local painters. A hidden alcove in the stairway with cushions and comic books. The toys would be antique or hand-crafted or prayed for by Tibetan monks. Children would love me and I, being the quirky store owner, would pat their heads and say something wise that would change their drab little lives for the better. I would call it ‘Main Street Toys’. Subtle. Practical. Quality.

Things never happen the way I imagine, of course. I’m not completely stupid in the way of entrepreneurship. I did graduate with a bachelor’s degree in business with a solid 3.4 average. Not too shabby.

But I had very little experience. My dad is a librarian. Mom teaches three-year-olds. Their life motto has never been about market manipulation, it’s more “How can I help you?” I rebelled against anything selfless and had become more self-indulgent. How can I help myself?

I buddied up with the shop owners around downtown. There weren’t many so it wasn’t too bad. Figuratively, it had taken a year of part-time jobs here and there, brown-nosing, going out to drink with people I’d normally avoid, buying expensive lattes, attending every single coffee shop open-mic, and whatever else was needed to get into the owners’ pants. I found out that there were grants going around for potential businesses through Battle Creek Unlimited. All I needed to do was present them with a fool-proof business plan, give them references from important people I knew, and say all the right things.

Everything was working out. I received the grant and they even helped me find a building to rent. The building was located a little farther away from the main traffic, just past A Taste of India, the first Indian restaurant to be successful in Battle Creek. The building was not how I’d imagined but there was still the red brick exterior, a large window, and a charming green awning.

Although I didn’t get the hidden alcove or even a staircase, I did manage to hang cotton clouds all along the ceilings. An artist from Ann Arbor agreed to paint a mural of natural scenery throughout the store. His price was a little high but totally worth it. I wanted the toy shop to look whimsical. I want my store to be so cute that it is featured in travel magazines and blog top ten lists.

We stand outside. I have Aoife in my arms. She’s feeling lazy. I know very well she can walk. I prefer this though. The moment she touches the ground she’ll run under the unicorn and do who-knows-what.

We all have sweaters on and Aoife is now twice as heavy. Summer in Battle Creek means one strives to wear as little as possible but an Irish summer means it is still possible to catch a cold. I reposition her on my hip and walk closer.

Nuala is already stroking the unicorn’s face. She has a strange yearning to make a connection with a mythical creature. I blame all the movies that falsely tell children they can be friends with animals. Animals don’t care. Except for dogs. Dogs are needy and pathetic. She’s saying something to him and I wonder if I should go back inside and give Nuala space.

“I wish Daddy didn’t work so early so we could have breakfast together,” says Nuala to the unicorn. “He’s always gone by the time I wake up.”

Ah, the things that bother a six-year-old. How cute. “Nuala, the unicorn doesn’t know what you’re saying.”

“How do you know that? Does it answer back?” I should probably stop arguing with Nuala. It’s getting to be a habit.

“He’s a unicorn,” says Nuala as though the word ‘unicorn’ was the answer to all questions.

“Aoife, touch.” Aoife is at the age of referring to herself in third person.

“No,” I say. Aoife flings her head back in protest. I arch my own away as she begins to let out a high-pitched whine. God damn it, child! “Okay, okay. You can touch the frickin’ unicorn.”

“Be nice,” says Nuala to Aoife as we approach. The unicorn is truly magnificent. His fur is pristine. Most white horses aren’t very white at all — they’re more off-white grey. His large black eyes are heavily covered by luscious eyelashes that every fashion guru would kill for.

Aoife reaches her fat fingers towards his cheek. She gently taps, then explores the white hairs that give way to pink flesh as she begins to shove her fingers through the fur. She pulls her hand back and returns with a smack to his muzzle.

“Aoife,” both Nuala and I yell.

“I told you to be nice,” says Nuala.  Aoife just laughs and makes like she’s going to do it again.

“I’m going to take you inside if you can’t be good.”

“We should get him oranges,” says Nuala.

“Nuala, he’s fine. See, he’s eating grass.” I point towards the unicorn, whose mouth is vacuuming the lawn.

“But he might be hungry for something else,” Nuala says.

“We don’t have oranges.”

“We could walk to Lidl.”

I take a moment to think. Walking to Lidl means a large amount of preparation. I’ll have to check Aoife’s diaper. Make sure both kids brush their teeth. Chase them both around the house with a brush and hair-ties. Pack a diaper bag with snacks, juice, a second set of clothes, and a raincoat. Figure out how to unfold the stroller. Force Nuala and Aoife to wear socks with their wellies. Find Nuala’s raincoat. And where did I put my umbrella? Do I have money? Does Nuala have money?

Rebecca Spicer was born in and currently resides in Galway, Ireland. She grew up in Michigan and has had her fair share of snow. She is a recent graduate of the MA in Writing programme at NUI Galway. Rebecca’s first published short story, ‘Summer Street’, was featured in the December issue of The Incubator.