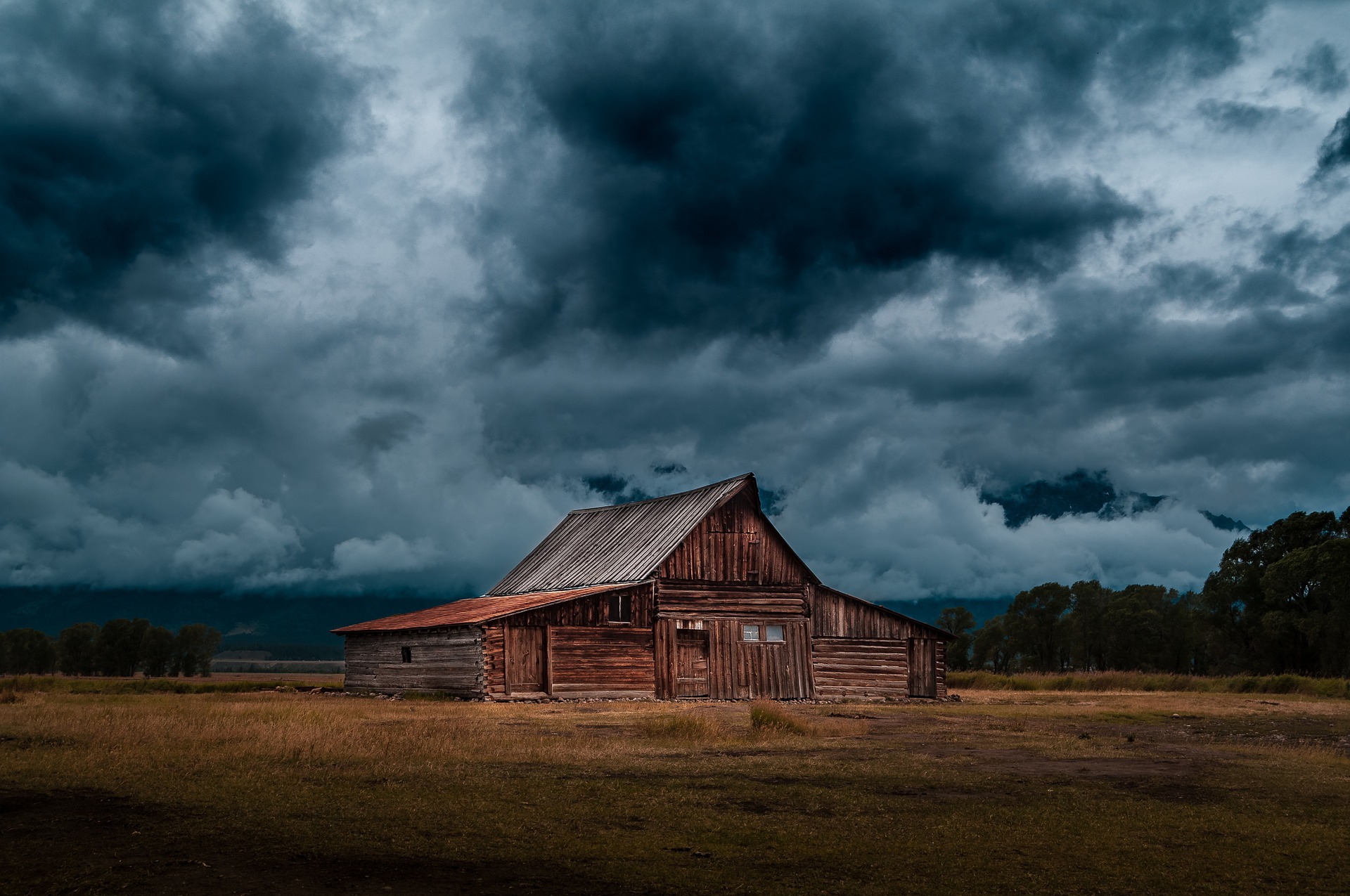 It was fifteen minutes
of fading sun, wisteria and pine —
a quarter hour of lavender pavement
on a stretch with no hills.

It was searching for salt water inside my mouth,
wrapping myself in engine noise
and birdsong. Rolling miles
over red clay.

It’s that these roads were skinned and reskinned
since I rode them south two Aprils ago
and the way back home
is not the same.

It’s a silent leviathan —
the blackness behind the door.
The sudden realization that this house is a widow,
an empty nester, somebody’s dirty stepchild.

Wasn’t long after
I felt the lumps rising beneath his fur
that he strayed further from the house. Each day
returning a little bit later.

It was four years before I found him
behind sheet metal leaning against an unused stall.
Mandible resting on scattered toes. His spine —
rubble within a leather collar.

Today the air is a blade
parting October down its seam. Family gathers
around my father who cannot leave
his own bed.

I do not come.

red hair in the woods is a giveaway in all seasons except autumn,
and you ran for the tree line in July.

because brown corduroy pants don’t color you into underbrush,
don’t become your coat of bark

because the fabric may rib your legs like a walnut trunk
but you’ll never be hard as wood.

because twilight is always shaking inside your eyes, and daybreak
is how your chest splits after night is through.

because you wipe your palms on your thighs but the lint still clings,
leaves a map of your sweat exposed.

because you are wet but have never be mistaken for rain,
you listen to your own patter running

because of hands. because shouts. because of that piss in your bed
they’re on the verge of wringing you dry.

because you’re not colorfast,
your purple skin will always fade to brown.

After two years in bed,
she was a mutiny of hands
pushing the covers overboard.
The fucking covers. The goddamned
covers. The mauve is another word for ugly
covers. Look at it! Every square inch
has a flower. Growing out of me —
a body of bonemeal on the wrong side of ground.
After two years I carried the covers
to the oil drum, burned them outside her window.
Those fucking covers. The goddamned
covers. Covers ashing into sky.

Silence is the long game of speaking
for things we needn’t force. Minutes of rising heat
before the kettle howls and limber leaves produce the brew.
We’re old enough to know the past tense of before —
Already

there is sugar in a bowl,
two saucers on a checkered cloth.
Night’s creatures scuttle toward shadow as we divide
the newspaper into culture and world,
study the horizon beyond the glass.

We fold our sections
beside our plates, sip tea by a window.
Sunrise is a scalded salmon swimming through cobalt sky.
I think to mention your slicker hangs on the hook,
but your eyes are already there.

Lorrie Ness’s work can be found in numerous journals. She was twice nominated for a Best of the Net Award by Sky Island Journal and she was a featured poet at Turtle Island Quarterly in 2021. Her chapbook Anatomy of a Wound is forthcoming from Flowstone Press.