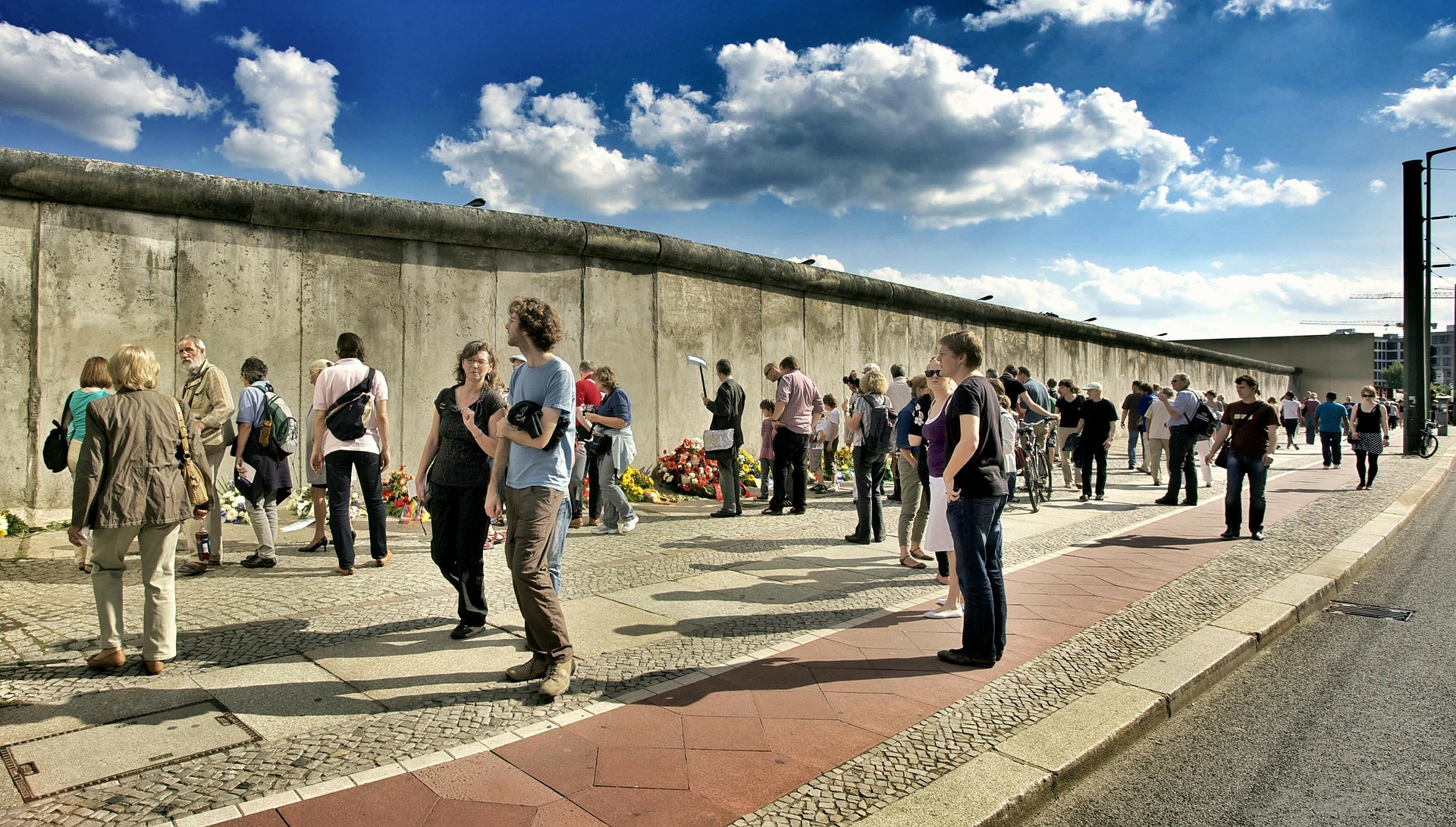 God’s compass tapers heavenward, its tracery stuffed with sky. So many artificers of
wood and stone would never see your majesty complete, replete with buttresses that
fly. I conjure rugged masons in tool-stuffed aprons, putting trust in God, in future
imaginings. For generations, the millrace genius of their craft will rally the
millwheel to glorify their Saviour. God’s journeymen, grist to the mill
of eternal salvation, a stumbling block to perpetual damnation. If
they hewed and wrought and thought of Heaven and Hell — the
bell calling angels – the demon chasing gargoyles — they
did so in good faith. Wielding sharpened tools, they
thanked Christ for granting them a prized trade
with the jealous shade of its holy guild that
lesser mortals would have killed for.

I behold your final majesty
as I drink my coffee in Cathedral
Square. Hardly seems just — that dust of
brick and wood that filled your hair and clothes
has settled in the fabric of this God’s acre, and you
gone to your maker before the last stone laid. Your past
particles covertly view the act complete, a feat astounding to
the modern eye. Your rudimentary means, a paean to precision, your
keen-eyed fashioning of brick from rubric, corroboration of the magic in
your sleight of hand. Your plumb line and bob did their venerable job. Your
ingenious Holy Spirit level made the crooked places straight so I could marvel
at the weight of gothic giftedness, the medieval amaze achieved with auger and adze.

Clean and tastefully Spartan, Bebelplatz is fringed by cathedral,
opera house and university buildings; the unseasonably mild late
December hint of Baltic chill easily thwarted by soft shields of coats,
hats, scarves and gloves. But that other chill, that chill spawned by
the heat of wanton hate hangs in the history of that austere square. There
is no denying the conflagration that happened here, as ugly as Savonarola’s
burning in Florence’s main piazza. Goebbels’ Auto de Fe against the authors of
that persecuted race – every bit as terrifying as the Grand Inquisition —
embraced wholeheartedly; his ghoulish carnival rabidly performed by
professors and students. Their human chains carried the ‘un-German’ works of
Mann, Zweig and Freud to that rapacious bonfire. Yes, 1933 was also a
bad year for Erich Maria Remarque – things did not stay quiet for long on the
Western Front.

The commemorative subterranean room viewed through a pavement window is
furnished with tell-tale empty bookshelves, affectingly called ‘Library’. A
nearby plaque cites the prescient words of Heinrich Heine: ‘Where they burn
books, they will also ultimately burn people’ – and ultimately, they did.

Bebelplatz was called Opernplatz in 1933

The short train ride from Friedrichstraße to Potsdam is
as stuffed with history as the carriages are stuffed with
people. The Big Three stopped at Potsdam in the
high summer of 1945 to re-draw post-war Europe. Easy
on the eye — a river runs through it, its fish and fowl oblivious to
past transgressions, insensible of the Big Three resolve to bring the
harbingers of holocaust to just retribution. We

are going to see Van Gogh’s still lifes hang silently in
Potsdam — they are also visiting. Most chilling though, we

its old bold lettering shocks me – no clues to that vile gathering in 1942; no
hint of plans to transport hapless victims in cattle trains – standing room only –
to deathly showers in extermination camps. Looks

like any other station. Knapsack wearers queue at ticket machines – laughing,
jostling, drinking; benign old people sit on benches eating ice-cream (old enough to
remember, perhaps); distracted parents watch their children. No sign that
something evil came this way. But

Two cities, two conferences.
One rubberstamping mass murder, one rehabilitating the culprit.
One stilling the lives of millions, one housing still lifes.

How starkly subtle the difference between two words — lifes and lives.

Berni Dwan broadcasts about literature and history on Near FM 90.3. Her poems have appeared in Poetry Ireland Review, Cránnog, Irish Times New Irish Writing, The Blue Nib, The Galway Review, Southword, Crossways and Stepaway among others. Her Smock Alley Theatre shows Unrhymed Dublin (2016) and The Seven Ages; Like It or Not (2020) are observational. Her first poetry collection, Frankly Baby, was published by Lapwing Press in 2018. Berni came second in the Jonathan Swift Awards and was shortlisted for the Anthony Cronin International Poetry Award. She is the recipient of two grants from the Broadcasting Authority of Ireland – one for a collaborative radio drama and one for an eight-part series on the coming of age novel.

One thought on “Berni Dwan, Memorials”