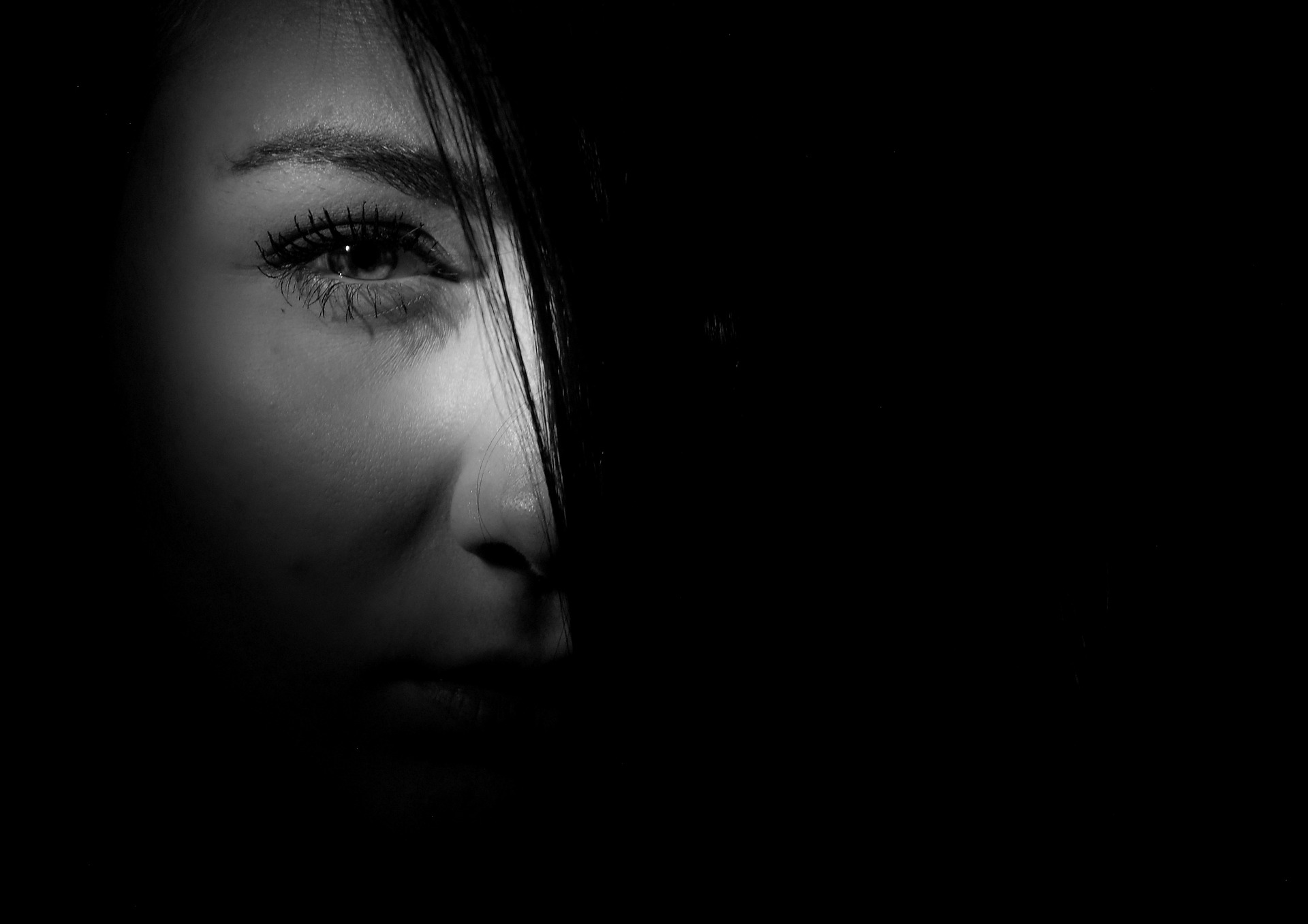 She was always a mad bitch. If it wasn’t for me, she’d have had nothin, not after her Da. The poor fucker couldn’t take anymore, y’know? Between the wife and the daughter his head was turned to fuckin mush. I says I’d do him a turn and take the girl and he was as relieved, so he was, sittin there in his kitchen with the stained walls and filthy fuckin floor. Sure she never knew how to lift a mop til I showed her. Same day I had to show her the fist, too, and put her right on a few matters. I’ve had more than one shade of her on the knuckles since.

So there’s me, and there’s her and I make her my wife. I doubt she was ever as fuckin lucky in her life, but it didn’t stop her from makin a show of herself at the ‘do. The fuckin cries of her, Jaysus, and all over the flowers bein dead. Sure flowers all die anyway, I says, and she looked at me with the eyes of a cow headin for slaughter.

We were wed about a year when I started noticin things. She wore the hair up off her face. She seemed lighter, more connected with herself, and in a way it was grand as she gave me less reason to lose the head. But I couldn’t help wonder where it was coming from. I went to her one night, and it was comin up to the mouth of Christmas, for she was at the table in the back room workin at baubles, and she was that content she never turned me comin in the door.

I pulled a chair out and eased myself into it, watching her. She had lifted the head now, and for the first time, she looked right back at me and fuck, I’d never seen the specks of copper in the blue of her eyes. That was the madness in her. The witch in her.

‘You’re very content of late, so y’are’, says I. She smiled, and it was the smile of a puppet. Too rehearsed. Painted on. I saw the hand drop first. It slipped down and settled at her stomach, cupping it, and she was watching me with her puppet mouth and she had practised it and I fuckin knew. I knew what was behind her hand, behind the flesh, wrapped up in the folds of her womb. And I knew it wasn’t mine.

Peter’s lad trained as a doctor. Well, he’d done a year. That was good enough for me. I’ve no knowledge of female anatomy but I do know that sort of thing isn’t allowed here, not that I’d have let her in a hospital. So it was Peter’s lad that sorted it out. ‘Consider it an exorcism’, says I.

He landed to the door first thing in the mornin and never bat an eyelid when I says to him exactly what was to be done. Mature fella. Awful good of him to be discreet. She was upstairs, asleep. I waved a wadge of notes under his nose; he’d have his due when I got back from the bookies. Then I gave him the key to the shed where I kept my toolbox and I left.

At 8.15pm, I stood outside the front door. Peter’s lad was long gone. The sky was as black as death, moonless and empty. Inside, the house was much the same. I pushed the door, waited for the sound of the latch, and cut across the hall to the stairs. There was still no sound. She’s asleep, I thought. Drugs have knocked her out. For a minute, I thought to go on in to her, y’know, for I’d drink in me and the drink gives a man the wantin, but then I remembered Peter’s lad and decided I’d not be near her til she’d had a good scald in the bath. I loosened my belt and took myself off toward the bathroom instead. I was feelin mighty pleased that I’d handled things as well as I had, for it takes a decent man to stand up and take charge, y’know? Not easy.

And there she was. Legs splayed like a baby fuckin deer and the blood runnin down her thighs and poolin on the floor, the dregs of her stainin the good white tiles. I’d never heard a human make noises like that before, that raspin groan and the gravel crack of her voice when she tried to breathe. She was a rabid fuckin animal and if I’d half a chance I’d have choked what life was left clean out of her.

Instead, I settled for a good thump with the belt buckle. She went down like a spud sack, and I stood with a foot either side of her head and grinned.

It’s easy when they’re out cold.

Seanín Hughes is an emerging poet and writer from County Tyrone, Northern Ireland. She has been published in journals including Poethead, The Blue Nib, Dodging The Rain, Cold Coffee Stand and Lagan Online’s ‘Inking The Unthinkable’. Seanín was also selected as one of 20 poets to feature on Ireland’s inaugural Poetry Jukebox installation in Belfast, alongside poets such as Eavan Boland, Michael Longley and Stephen Sexton.

One thought on “Seanín Hughes, Shade”