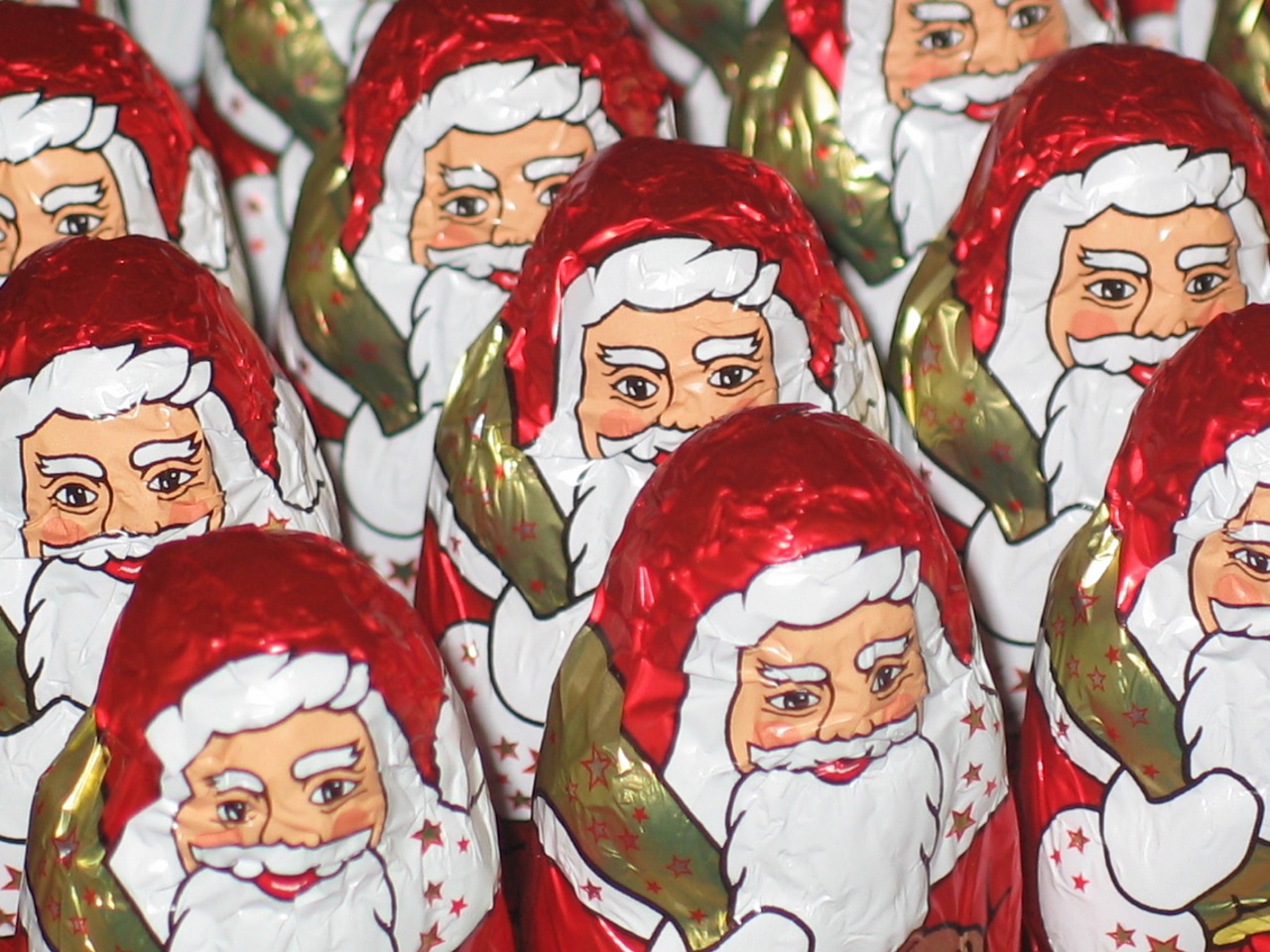 Rachael O’Connor hails from Newcastle West, Co. Limerick and holds a Masters in Writing from NUI Galway. She has previously published articles, short stories and excerpts via Campus.ie, The Galway Review, and Sin Newspaper. She currently lives in Germany.

It was the fourth of December, and Ursi Udovic had eaten her entire advent calendar.

She ate two on the second and four on the third, and by lunchtime on the fourth she had eaten every chocolate up to the twentieth of December.

Now she was sitting in the kitchen of our apartment with her arms wrapped protectively around the box, trying to justify eating the rest of them.

“It’s my cheat day,” she pleaded with me—she was supposed to be on a health detox with her boyfriend Vlad. “When Vladdy was here, he saw all the doors open on my calendar and I had to pretend I didn’t know who did it,”

“Like that time you were drinking wine from a takeaway cup and let him believe it was coffee,”

Ursi is from Slovenia, and when I met her my first thought was that she sounded like Dracula, except Dracula wouldn’t say things like, “There’s salami stuck in my braces”, or greet everyone by saying, “Hello, my sunshine!”; a ball of constant energy who communicates mostly through laughing fits, dramatic facial expressions and strange noises.

When the news broke that Melania Trump would be the first Slovenian in The White House, Ursi spent the next few days intermittently rolling her eyes and shouting, ‘UGGGHHH’. Also, the girl can’t handle her sugar: if she has a slice of bread with Nutella for breakfast, you’ll know about it all day.

That day, she was jumpy, and it had only partly to do with the obscene amount of sugar she had consumed. She was anxiously waiting for our other housemate Len to come home.

“She can’t know about this,” Ursi said ominously. She kept glancing at the door.

“She calls me ‘Grinch’!” she cried, looking offended.

Suddenly, the noise of the elevator arriving on our floor made Ursi’s face turn pale. She looked towards the door desperately. “Noooooooo!”

“It’s Len!” I cried, egging her on. “Close the calendar doors, quick!”

And she did, as fast as she could, stuffing them closed clumsily so that cardboard tore or the doors stuck out at odd angles. Stamping her feet on the floor, her eyes were wide with panic, and she was laughing. She was running out of time and she knew it, and she suddenly had a change of plan.

“Aaaagghh!” Jumping out of her chair, she started ripping open every door from the twentieth until Christmas Eve.

Chocolates flew out of the calendar onto her chair as she crouched like a crab on the floor, one foot still by her chair, the other halfway across the room by the table where we kept the calendars.

If Len hadn’t gotten to the door by now, it hadn’t been her in the elevator after all. Whether it was the sugar or the rush of adrenaline from nearly being called a Grinch again, Ursi was now completely hyped up.

“I have to open it to the 24th!” she roared; she was having trouble with this last door.

“No, you don’t, wait until Christmas!”

“No, I NEED IT! WHAT IF IT’S STRAWBERRY CHEESECAKE?”

She got it open, gasped, and suddenly went quiet.

“What is it?” I asked tentatively. Her face had gone blank. I was almost afraid of the answer.

She ripped the small package out of the door with aplomb and let the box fall to the ground. The manic grin was back, and she waved her gift at me while jumping up and down and chanting, “IT’S EXACTLY WHAT I NEED!”.

Her accent always got stronger when she was shouting, and right now she was reminding me of the time our friend Edu found her shoes after she had ‘misplaced’ them after a few drinks. (“YOU FOUND MY SHOES! AND YOU BRINGED THEM TO ME, MY PRINCE CHARMING!”)

“What is it?” I asked again. When Ursi is excited, it’s hard to keep her attention. She can take forever to finish telling a story. She’s like a hyper puppy with a Slovenian accent.

“It’s to clean your glasses!”

“Christmas comes early for Ursi!” She was smiling, closing the open doors for the last time.

“You don’t wear glasses, how do you need it?”

She was ignoring me, looking at the calendar with a frown on her face. “Now I can’t bring Vladdy here until the 24th,” she said.

Then she looked at me like she was seeing me for the first time. “Rachael”, she said. “You want to open your 24th door,”

“No. You need to know what your present is.”

“You mean you need to know.”

“Rachael”, she said. She was looking at me very intensely, not blinking. “If you don’t open it, who will?”

She changed tactics suddenly, standing up and smiling.

“I’ll bring it to you, my sunshine,” she said sweetly.

I knew my willpower wasn’t that strong—no-one’s was around Ursi. Once, when Len left her bedroom to make dinner, and Ursi and I were in the kitchen, two minutes later we were all downing Slovenian cocktails.

I was saved by Len walking in the door; we hadn’t heard the elevator this time. Ursi was disappointed, I was relieved; I thought I had escaped.

But the next morning, I ate two chocolates instead of just one. That evening I had two more.

Now Ursi and I have matching rags to clean our glasses.