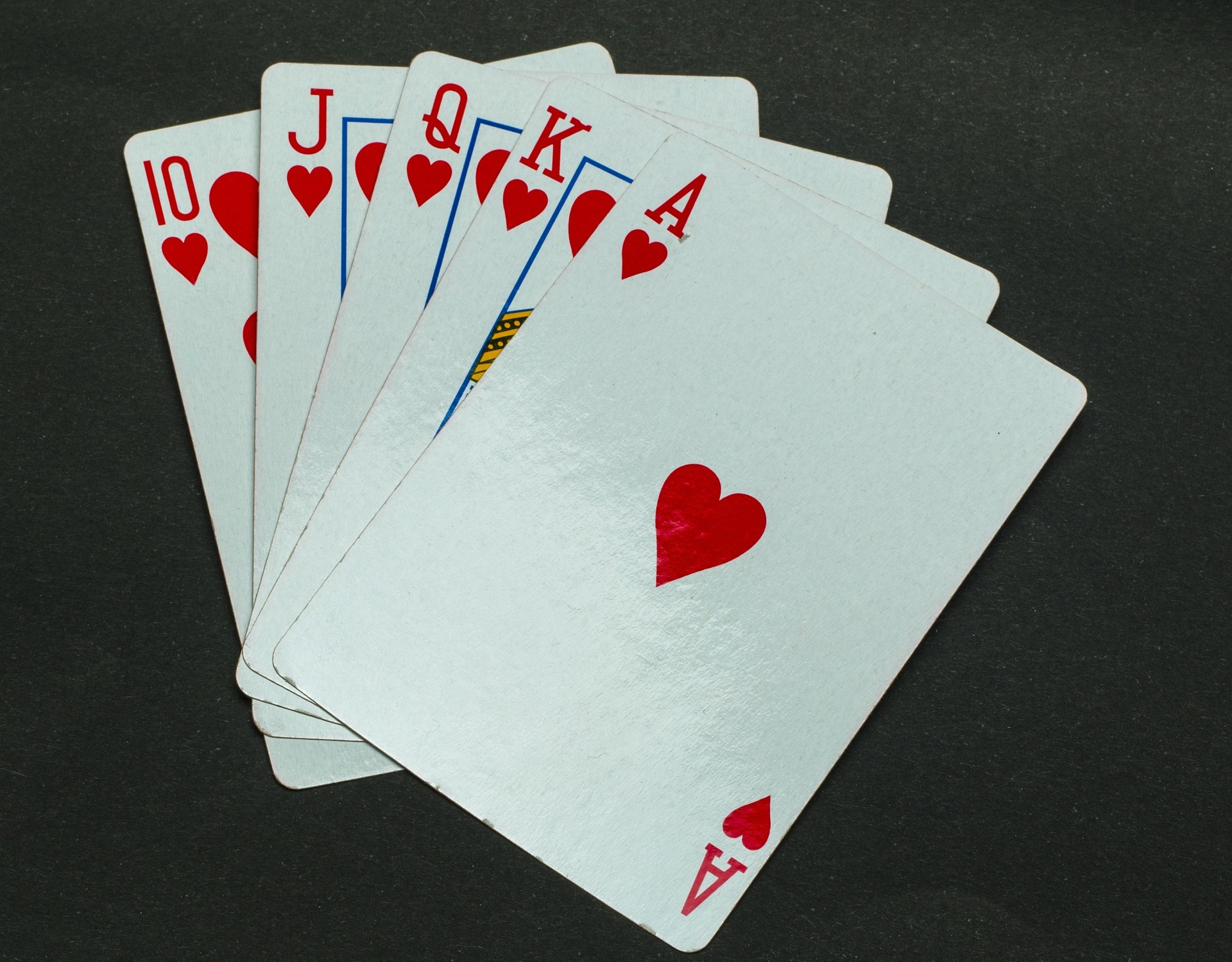 Dana Rabe is young enough to admit her age and old enough to know better. She is a Nebraska native who has lost a good portion of her heart to Ireland, specifically Galway. A graduate of Gustavus Adolphus College in Saint Peter, Minnesota and Uversity’s Creative Process MA class of 2016, she has not yet been published anywhere but here.

Dealer: Everybody good with ten-point pitch?

(All players nod or murmur their ascent)

Scorekeeper: So, teams are…?

Left: Directly across is easiest, I find.

Last:  This time we will be victorious.

Left:  I don’t think you guys stand a chance.

Last: Run me through the points again.

Dealer: Ace, Jack, Jick, Joker, Joker, Ten, and Two are all worth one, and Three is three.  King and Queen are high cards after the Ace, but not worth points. No slough hands this time.  Everybody pay attention.

(Scorekeeper obliges and Dealer starts to deal each player 9 cards two or three cards at a time.  Once finished Dealer sets the remainder of the deck aside and all count the number of cards and begin to organize them.)

Last: Really?  Didn’t feel like helping out your partner?  Let’s see what can be done.

Left: At least we know you didn’t rig the deal.

Dealer: Or did I?

Scorekeeper: Just no shooting the moon on the first hand you two.

Left:  We aren’t twelve anymore, and I’d have to talk you into it anyway.

Dealer: Hence the advisability of the split.

(All players begin sorting through their cards.)

(Dealer has picked up deck of cards, turns to Left)

(Left discards five cards, starting a pile on his left.  Dealer distributes requested numbers of cards. As each subsequent player discards these are added to the pile next to Left)

Scorekeeper: Six, thank you for that.

(Dealer takes one card from those left. Smiles and then slides remaining cards to Last.  Last takes the cards and goes through them one at a time, occasionally laughing or making a general fuss to rise the ire of Left.)

Left:  Keep it up wise guy.

(Last continues to go through cards, once or twice discarding from hand and replacing it from the pile Dealer handed over.)

Last: Are we sticking fast to the not shooting the moon rule?

Last: Are you judging my girlish figure?

Dealer: And here we go. (Lays down card in middle of table.)

Last: Bold choice that, leading with the ace.

Left: (Lays down card) No points for you!

Last: (Lays down card) Have my three, pardner.

Scorekeeper: (Places all cards in discard pile) And I am already out, you three continue on without me.

Dealer: (Collects cards from the pile in the middle and begins another round) Not a bad start.  And to cover my bid, may I present the two.

Left: Well aren’t you sitting pretty? Again I avoid adding to your score by taking this hand with the King.

Last: All right, fancy-pants, my turn to be of no help.

Left: So be it.  I still get to start. (Collects cards from middle, starts again).

Last: Impressive use of the seven which I shall take with my Jick.

Dealer: Adding in my Joker.

Left: Dagnabbit! I hate having to give you the Jack, but I’m out.

Left:  It is just the first hand.

Scorekeeper: All right lets add up the points. So you guys have nine to our one.

Left: Slow start, but we will ultimately be victorious.

Last: You only have fifty-one points to go.

Last: Now who is the big talker?

Left: I prefer to think of it as boundless optimism.  Thank you very much.

Scorekeeper: Thankfully this is for nothing more than bragging rights.

Dealer: Are you Chatty Cathys ready to continue?

Left: Keep your shirt on and deal.

Dealer: If you will oblige me by cutting the deck.

(Dealer hands Left cards, the deck is cut and returned, Dealer disburses nine cards as before.)

Left: Did you know dealing them one at a time can put up serious hackles in some circles?

Dealer: Yes, I know. I told you that fun fact whenever you used to deal them one at a time.

Scorekeeper: I have often wondered how this game got started.  Drunk cowboys?

(Dealer has finished distributing the cards and the sorting begins as before.)

Dealer: Maybe, now seven-point pitch, that was definitely drunk cowboys that were snowed in at a bar.

Left: Truth.  I will kick off this hand with a bid of four.

Scorekeeper: Pass.  Everything makes it weird.  Explaining the rules is rather dizzying.

Last: Tell me the rules of seven point.

(Throughout following each player indicates the number of cards needed through hand gestures.  Play of the game continues as before.)

Scorekeeper: You may be sorry you asked.

Dealer: Well, to begin with you only need a minimum of three players and can go up to maybe seven.  Bids start at two and only go to four.

Last: With you so far.

Left: Points are different.  Threes aren’t worth anything unless they are the low card.  Low isn’t set, it is just the lowest trump card played.

Scorekeeper: Instead of going to fifty-two the games ends at twenty-one.

Last: All right, and what was it about the scoring that you find confusing?

Dealer: Well, you only get six cards from the deck, unlike this game where we go through the whole deck each hand.  Meaning you don’t get to discard and you have to play all your cards.  Plus, you don’t have to play trump.

Left: But trump must be lead.

Scorekeeper: And as far as points go they are: High, Low, trump-Jack, game, and each face card is worth its own amount of points.

Last: That doesn’t add up to seven.

Left: It can.  Sometimes.

Scorekeeper: I wasn’t done.  Winning “game” is determined by how many points you have and this is where the face cards come in, they all count no matter the suit for this purpose.  Each Ten is worth ten, Aces are four, Kings are three, Queens are two, and Jacks are one.

Dealer: Plus, if the Jack of trump is not played that point is not awarded.

Last: What in the ever-loving fuck?

Dealer: Don’t think about it too much or your brain will imitate the faces of the Nazis in Raiders of the Lost Ark when they look.